The Old Stone Dock, built in 1801, was a stopping place for whaling ships and coastal packets between Boston and New York in the early 1800’s. Located at the intersection of Shore Street (then called Ocean Street) and Surf Drive, the Dock was destroyed by hurricane in 1815. It was rebuilt two years later and has been rebuilt several times since. The remains of the dock currently serve as the enclosure for the “children’s swimming area” at Surf Drive Beach.

Mill Road was the first area to be settled in Falmouth. Originally occupied by Wampanoags, English settlers found the location between the ocean, Salt Pond, and Sider’s Pond (fresh water) to be advantageous to their colony in 1662. Colonization spread west to Woods Hole and north to create the Village Green and Town Center along Main Street.

In the early 1800’s, villagers saw the need to have direct access to the Stone Dock that served as Falmouth’s harbor, so they built Shore Street to connect Main Street to the Dock. The area was blockaded during the American Revolution and was fired on during the War of 1812.

By the early 1900’s, the area was settled with several large estates and farms complementing the businesses along Main Street. Within 50 years, smaller lots were developed and streets were added as the area became popular as a summer resort. Today, year-round residents, summer owners, and visitors enjoy the beauty and tranquility of living near the Old Stone Dock. 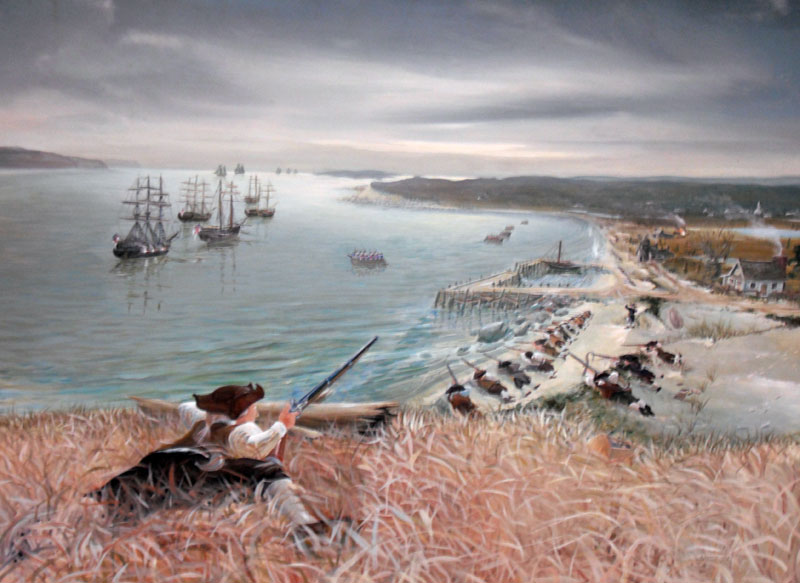 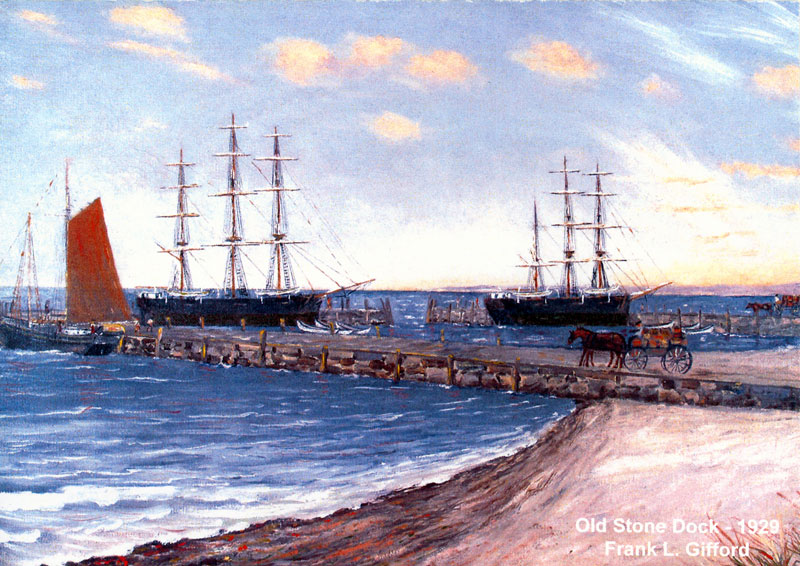 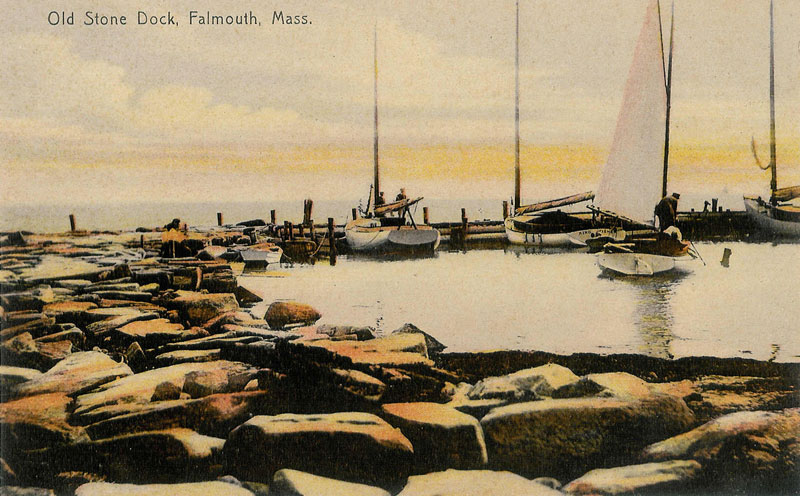 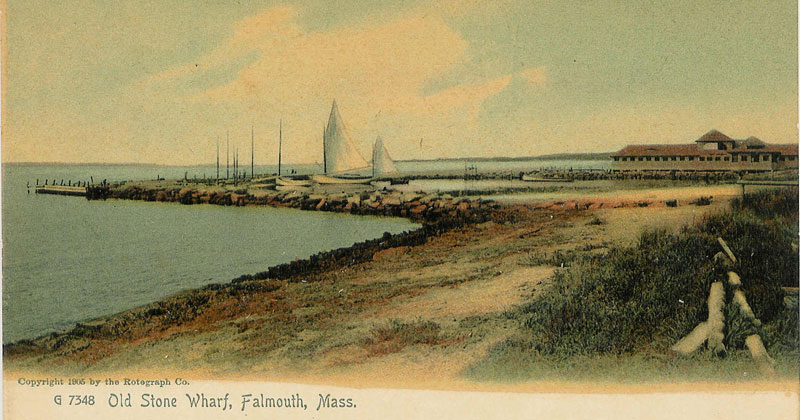 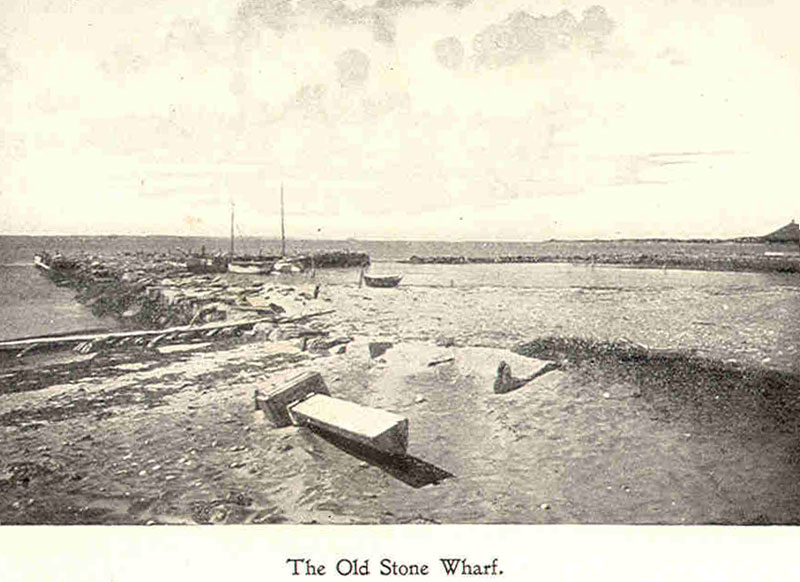 This painting, hanging in Falmouth Town Hall, depicts the British Warship HMS Nimrod firing on the town on January 28, 1814 during the War of 1812. The Falmouth militia took up positions to keep the British fleet from capturing two cannons and the sloop tied up at the Old Stone Dock. Martha’s Vineyard, Naushon Island (held by the British as their command post), and Nobska Bluff are shown in the background. Shore Street, Surf Drive, and Salt Pond are clearly visible.